Sorry for giving such short notice on this information, but it just came up.

In the last two issues of "Historic Happenings" I have included information about the old Tulare County Courthouse located on Court Street between Oak and Center. Arrangements have just been made to tour the old courthouse interior on Monday, September 29th at 2:30pm. You are all invited to participate. For many of you this will be the first time inside the building and I understand there are some interesting features for us to see.

If you are interested in this tour, be at the old courthouse at 2:30pm on Monday. Great opportunity! Any questions please comment below, email or call me at 901-3227.

Hope to see you there.
Posted at 9:02 PM No comments:
Email ThisBlogThis!Share to TwitterShare to FacebookShare to Pinterest
Topics: Courthouse 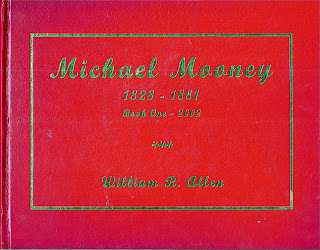 With all the attention being focused on Mooney Grove Park, now and in the near future, it is great to hear local historian and author, Bill Allen will be reprinting the Michel Mooney history book. The first edition in 2002 is sold out (only 200 copies were printed) and the very good news is that Bill is going to reprint it and provide all the copies to the Tulare County Historical Society for sale. Thanks for your generosity Bill. History in more hands is good!

Michael Smith of Tulare has initiated the replacement of a headstone on the grave of African American pioneer Edmund Wysinger at the Visalia Cemetery. He is buried there in an unmarked grave, so with funds from Michael and other contributors a new headstone will be placed on the grave. Ironically, while checking the cemetery grounds 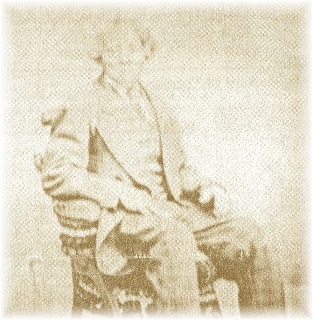 around the Wysinger grave, cemetery personnel found a piece of the previous Wysinger headstone. That piece had the Wysinger name on it and has been incorporated into the new headstone. The placing of the headstone will happen Thursday, September 11th at 10:00am. Arthur, Wysinger’s son, was refused entrance into Visalia High School because of his race. His father protested and carried the case all the way to the California Supreme Court and won. Thanks Michael for preserving this important part of Visalia history. 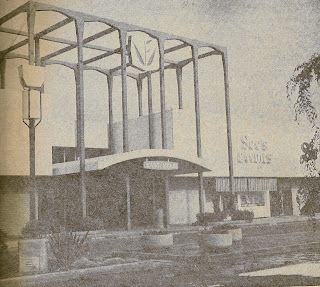 Deputy City Manager Leslie Caviglia was recently told that the Visalia Fair Mall, may well have been the first enclosed shopping mall in California. The Visalia Fair Mall officially opened February 25, 1964. Other enclosed malls in the state opened about that same time. Anyone know if this is another Visalia first?


Join the Caravan! Join the Fun!

In 1858 the Butterfield Overland Stage rumbled through Tulare County and made history. All the way from St. Louis, Missouri, it passed through our county on its 2,700-mile journey to San Francisco. On Saturday, October 11, 2008, the Tulare County Historical Society as part of the Butterfield sesquicentennial celebration is retracing the Tulare County route. It is going to be historic, informative and fun. Surprises await those who join in this free event. The caravanning and event ends in Visalia in the afternoon.

Stranger Slips In and Out of Visalia

A few days ago a stranger from Prescott, Arizona named Parker Anderson slipped into town. He was loo 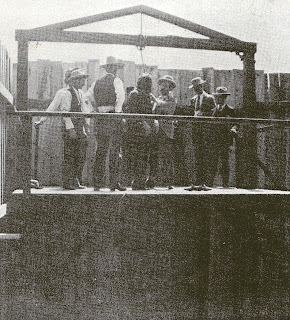 king for information on a Visalia bad man named Fleming Parker. Fleming was born and reared in Visalia in the 1800s and later went to Arizona where he was hanged in 1898 for crimes committed there. Parker Anderson is writing a book on the bad man which will include his early crimes in Visalia. Visalia has its share of old west characters. 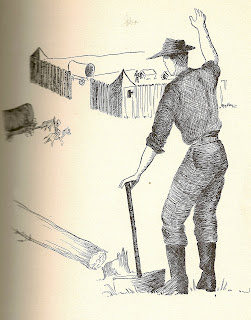 Recently I received an email from Eleanor Moore Bergthold regarding Fort Visalia. She gave me permission to distribute this to everyone:

“My dad, 101 year old Visalia resident Ralph Moore, shared your recent article on Fort Visalia with me yesterday when we were in Visalia. The Ed Reynolds you mentioned in your article was a first cousin to our early grandfather James Reynolds, who led a 15 wagon party to Visalia in 1853. Unfortunately, James died one day two years later at age 23 while returning to Fort Visalia. A couple of years later his widow, Nancy, married another early resident, Dr. John Cutler. From that union came the entire Cutler clan, Cutler Park, etc. John cutler also helped raise Nancy and James’ two young daughters. My dad’s grandfather, Henry Moore, who arrived in Visalia in 1863, later married one of those daughters, Amelia Reynolds.

I would strongly urge the City of Visalia, the Tulare County Historical Society and others to jump on the golden opportunity to purchase the historic Fort Visalia block that is now up for sale. What a great chance to preserve such an important piece of Visalia’s history! The location is also well-suited since it is within walking distance of downtown, the convention center, the Chamber of Commerce, and Visalia’s transportation hub.