Click on photo for larger image
Thanks for visiting Historic Happenings! If you are not on the email list, and would like to be notified via email when a new posting of this newsletter is made, please email Terry Ommen at histerry@comcast.net. I will add you to the list. I will never share your email address with anyone without your permission.    NOTICE: You can now comment publicly and directly about topics on this blog. Just click on the "Comments" after the "Say What" portion and let your voice be heard!

Well, Jaime Hitchcock is back on top! He was the first to recognize the old municipal court building on the northeast corner of Church and Center streets as the mystery spot.  So many of you recognized this building.  Good work Jaime for being the first. 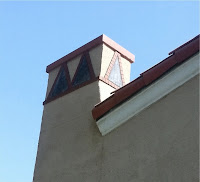 Here's the next one with clues. Where is this building?
1) The building was built in 1936
2) It's the site of the little white school house
3) The name Tipton and Lindsey are connected to this site
4) Many early church services were held on this site when the town began 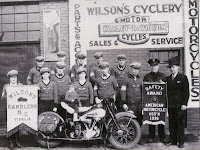 J. Pierce Gannon Sr. and Jr. Were Part of Our History
For many Visalia old timers the name J. Pierce Gannon Sr. means a public spirited man who during the 1930s was mayor of Visalia. It was my honor to give his eulogy at the time of his passing at the request of his son J. Pierce Gannon Jr. The senior Gannon was born in 1896 and came to Visalia in 1902 and was very entrenched in community activities. Junior was also a Visalian, but spent  much of his life away from Visalia. Thanks to Junior’s  son  (and Gannon Sr.'s grandson), much of his Visalia history has been preserved after both distinguished  men passed away. This photo shows Mayor J. Pierce Gannon posing with a group called "Wilson's Rambler's" and he is on the far right in this 1938 photograph. Thanks to the Gannon ancestors for keeping their history 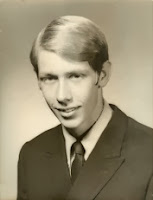 Dwight B. Mikkelsen is a Visalia guy. He graduated from Mt. Whitney in 1970 and he is a COS grad as well. Shortly after his time at COS he headed south to the Los Angeles area to devote himself to music. And devote he did! Dwight is now a highly accomplished musical talent whose credentials seem to have no end. Recently he composed music for the classic rock group "Chicago." Yes, I did say "Chicago." I would encourage you to visit his musically oriented website at www.noteslinger.com . It's a wonderful site. A few days ago this Visalia composer returned to our town to share his latest accomplishment. Freedom's Rush is his very interesting collection of stories about his solo motorcycle travels with "The Beast." Dwight loves motorcycles and wrote Freedom's Rush to share some of his stories. He wrote it under the name of Foster Kinn. To take a look at the book and review it, please go to     http://www.freedomsrush.net/Opening_Page.html  Dwight had a book signing get-to-gather recently and his old friends had a great time and Dwight did too. It was nice to finally get to meet the man I had only communicated with electronically. Talk about Visalia’s brain drain!

In 1936 Visalia Postmaster Nathan Levy authorized the placement of two Giant Sequoia (Sequoia Giganteas) trees on the downtown (Acequia Street) post office property. One was planted on the eastside of the building and one was planted on the west side. Several years ago the one on the eastside was apparently removed (I don't recall hearing about it), but the 81-year old tree on the west side appears to be alive and well. I say appears, because to me it looks like a Sequoia tree and has all the markings of such. However, it's shaped differently.  Needles and bark sure look and feel like a Sequoia to me. If anyone can verify that this is a Sequoia tree, I would very much appreciate it. At the time of the planting the postmaster indicated that Visalia was the only post office in the United States where a Sequoia tree was on the grounds. Guy Hopping, Superintendent of the General Grant National Park (now part of  Kings Canyon National Park), assisted with the planting. These two tiny trees at the time of planting were estimated to be three or four years old and were dug out of the snow in the north grove of the Grant Park. They were planted using "burlap shields." Sequoia trees grow naturally in the Sierra at about 5,000' elevation. If by chance you can't make it to the park to see one of these beautiful trees, visit our Acequia Street  post office. 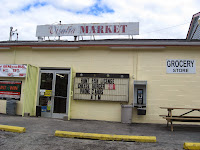 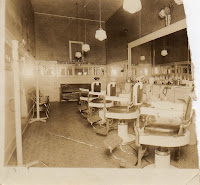 4 Seats in a Barbershop Equal a Quartet
It's rare that we get to see any interior photographs of early Visalia barbershops. I love this 4-seater shot! Marian Shippey Cote saw this photo on the internet and contacted the owner of it, Loyetta Aukstkalnis. Loyetta shared this information about her photograph. It shows the Thomas H. Ellis Barbershop at 220 E. Main Street, Visalia. Thomas owned it for many years. He came to Visalia from South Dakota and retired in 1949 after barbering for 37 years. Lloyd G. Ellis was Thomas' son and he married Leta. Loyetta and Mike Ellis were their children. Thanks for sharing this nice old photograph. 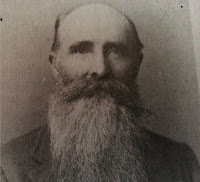 Pioneering Mathewson Family
Carole Mathewson is a friend, long time HH follower, family historian, journalist and so many other things. Her family history is filled with lots of interesting people and for a long time she chronicled her family history in what she called the "Mathewson Gazette." Carole provided me with old issues of the Gazette and has allowed me to pull material from it for Historic Happenings. What a thrill! This particular photo is of Arthur Mathewson . He was born in 1832 and raised in Vermont. Arthur came to California and became a miner, but by the early 1850s he made his way to Visalia. He farmed, was active in politics and he died in 1896. Descendants of Arthur and Lucinda still live in Tulare County. Thanks Carole, for allowing me to share part of your "Mathewson Gazette."

***In the last posting of HH I mentioned some statues on the island in the pond at Mooney Grove Park. So many of you commented about the statues and also the basis for their being there. According to many of you, they were placed there in honor of two children who drown. Sheila Caskey Holder recalls as a young girl in the 1940s hearing the story about the drownings but could provide no detail. No one seems to know if it's true. I will try to get to the bottom of it.

***If you'd like to read a history of Visalia's Courthouse Square, take a look at Lifestyle Magazine page 26. You can pick up a copy of the magazine or it is online also at    http://issuu.com/lifestylemagazine/docs/lifestyle_oct_web  Congratulations also to Karen Tellalian and her team  for the magazine’s 10 year  anniversary. Lifestyle is a first rate magazine.

***Anyone remember Edith Ames, the elevator operator at the old Bank of America building? As a boy, Phil Kneeland delivered newspapers in the building and he "adored" Edith. Anyone else remember her?

***Okay, who remembers Linwood Golf Course? Any memories about it including exactly where it was located, who owned it, etc. would  be appreciated. An HH follower would like to know.

***Standby all of you that have interesting old photos that you'd like to share. I am told the Visalia Times Delta is about to announce a "call for photographs." Keep watching the VTD for details this month for an event that is likely to take place in December. Should be a lot of fun.

Two men recently died in Fresno for drinking too much cold beer. The lesson will have no effect. Thousands of dry-throated people will continue to tempt fate by sluicing their tonsils with lager.  Visalia Daily Morning Delta, July 16, 1896
Posted at 9:15 PM 5 comments:
Email ThisBlogThis!Share to TwitterShare to FacebookShare to Pinterest
Newer Posts Older Posts Home
Subscribe to: Posts (Atom)