And the winner is…Rick Mangini! Rick was the first to get the last mystery spot correctly identified as the base of the antique street clock that is mounted on sidewalk in front of Visalia Coin Company on Main Street.  That, by the way is the old Plunkett Coin Shop.  Must be great Visalia history with that clock. Wish I knew more about it. Good job Rick!

Now for the next one! Where is this building? Here are your clues:


1)  This is a very large structure in downtown Visalia
2)  Much of this building is in the form of a Quonset Hut.
3)  It once housed one of the big grocery chain markets—a chain that started in 1925.
4)  The building and its adjacent parking lot fills one entire city block.

Ralston-Purina Goes Up in Flames
After I mentioned the Ralston-Purina mill in the last HH, Bruce Geiger came through with this amazing and important photograph. The day of the fire, August 21, 1967, Bruce's father loaded up his children, including Bruce and went to the intersection of Mineral King and Santa Fe to watch the building in flames at Main and Santa Fe. Bruce's dad took this picture. Embers and heat surrounded the Geiger family and they left in a hurry and this picture shows the fire. Tony Cornett was a new Visalia Fire Department cadet at the time and was on the scene and remembers the intensity of the fire. The cleanup lasted for days. Thanks to several of you who shared your memories of that historic fire. Thank you for the great photo, Bruce.

Library brought this to our attention. It was in the "vault." It is the roster of the Grand Army of the Republic (GAR) members who served in or near Visalia after the Civil War. To qualify to be a member of the GAR you needed to have served in the Union Army during the Great War. This roster contains the names of 120 or so members of the GAR post in Visalia with biographical material on each. It includes the units they served with and many other important facts about each of the veterans. A notation on one member for example said  that he received a gunshot wound in the Battle of Chickamauga in Georgia. The roster is filled with considerable material on these old soldiers. Thanks Bill for bringing it to our attention and thanks to the library staff for their work in finding it. By the way, the History Room staff and volunteers are always willing to help with research needs, so don't be shy.

Elias Jacob's Building
We can learn so much history from photographs. This one is a good example. Dennis Whistler happened onto this 1904 photo while looking through material in his office. Dennis wanted to share it and fortunately for us the building is still standing on the southwest corner of Church and Main streets in Visalia. It was called the Jacob Building and it was built by Elias Jacob in 1894. The building looks different because of changes to the exterior, but it is the same. So many things to talk about in this photo, but I love the natural  image of people milling around in front of it, not just on the sidewalk but in the street as well. Everyone appears so natural – this is what living in Visalia looked like in the early 1900s. Notice the little catering cart on the Church Street side of the building (probably a peanut cart), also notice the electrical street light, power poles, fire hydrant, business signs and the bicycle. This photo was taken according to the photo caption in 1904 when Visalia had a population of about 4,000 people. Very cool picture and thanks, Dennis, for sharing.

wanted to share. It is so timely! It is a rainfall chart that was distributed by the Visalia Times- Delta about 1940. The chart displaying 63 years worth of data shows totals by years and months starting in 1877 and going through the winter of 1939/1940. Check it out. Pay special note to the winter of 1905/1906 in the month of March when there was almost 6 inches of rain and 19 inches for the year. By the way, 1906 is when Visalia had a devastating flood.

Visalian Becomes San Diego's Police Chief
Tom Rey, formerly of Visalia and a retired San Diego police officer, recently brought an interesting fact to my attention. Former Chief of Police for the San Diego PD Jefferson "Keno" Wilson was born in Visalia in 1862 at the height of Civil War animosity here. In 1870 he left Visalia with his parents and relocated to Texas. Eventually they worked their way back to California and he settled in the San Diego area. This lean 6'3" man worked for a time with customs on the border with Mexico and eventually went to San Diego Police Department. He led the department (1909-1917) through some of its toughest years and died in 1934. Thanks to the San Diego Police Museum for the use of the photo and thanks Tom for mentioning this interesting and little known fact to us.

Historic Newspapers—A Sober Reminder
Sheila Caskey Holder uncovered some interesting historical items that she and her family had collected over the years. Part of what surfaced in that discovery were these old Visalia Times-Delta newspapers. The two shown here boldly announced the sobering 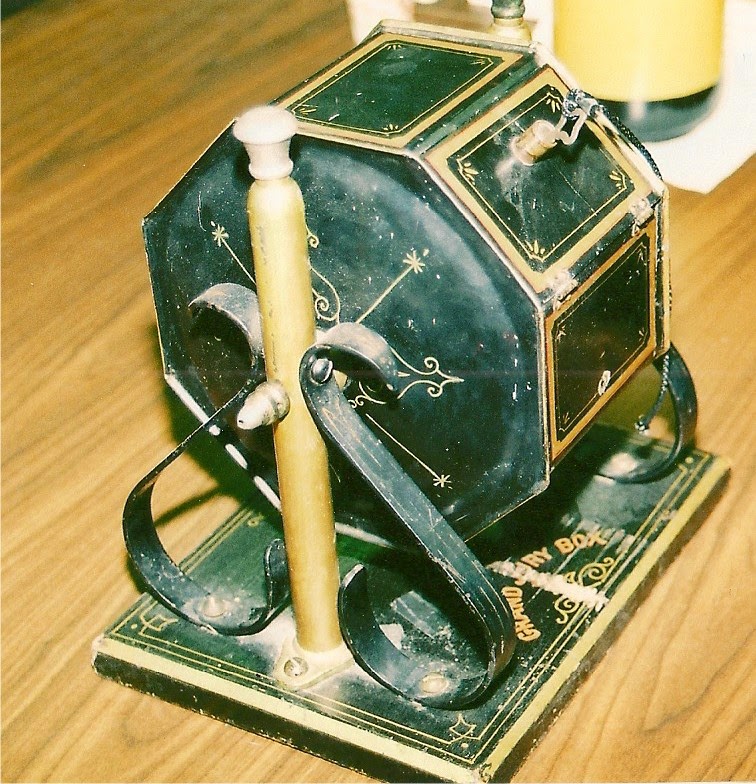 Grand Jury Artifact
Superior Court Judge Gary Paden is responsible for the Tulare County Grand Jury. When new jurors are needed for service on the grand jury, their names are placed on slips of paper and dropped into a small squirrel cage-like barrel for random selection. As the barrel is cranked and turns, the names are mixed and then names are drawn from the little locked barrel. Recently Judge Paden asked about any available history on the 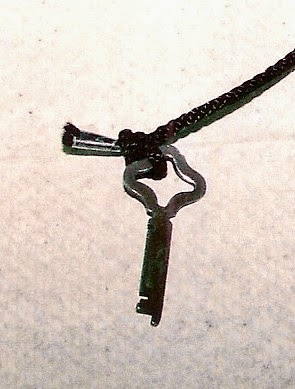 little squirrel cage. Sure is an interesting little contraption with no manufacturer or any other markings. No clue as to its history. It is clearly old and the key is marked C. Parker Co., Meridia, Connecticut. Does anyone have any information about this little squirrel cage? If you do please let me know. I guess it's possible it could date back to the beginning of the county. Who knows? Thanks to Sandy Newman for taking the time to get this photographs for me for this HH edition.

***In the last HH I mentioned the old Visalia Community Hospital on Court Street between Tulare and Walnut, and asked if anyone knew when Kaweah Delta acquired the hospital. Several of you responded and indicated mid 1990s. Roy Dressel gave an internet link indicating that Kaweah Delta Hospital considers1996 as the year of acquisition. Thanks everyone for your help.

***Also in the last HH I featured Visalia Police Office Floyd Depew. Several of you commented about him. Here's one example. Joe Romanazzi said, "I have vivid memories of Floyd Depew cruising down Main Street and its alleyways. He could be tough when he had to be, but also could be a trickster and not beyond giving one a break. Life was good in Visalia in the 1950s and 1960s."

***If you would like to know more history about the old Tulare County Jail, pick up a copy of the July 2014 edition of Lifestyle Magazine. The story begins on page 12 or you can always go online and read it at:  http://issuu.com/lifestylemagazine/docs/lifestyle_july_web_fbd328097cca2a

Deserters From Army Pass Through Visalia—Three carloads of U. S. soldiers passed through Visalia last night on Santa Fe train No. 11 from Los Angeles on their way to San Francisco. These soldiers consisted almost entirely of deserters from the army who have been picked up at various points in the country. They will be compelled to serve time in the government prison located on an island in San Francisco Bay. Visalia Daily Times, September 2, 1914
Posted at 7:56 PM No comments:
Email ThisBlogThis!Share to TwitterShare to FacebookShare to Pinterest
Newer Posts Older Posts Home
Subscribe to: Posts (Atom)