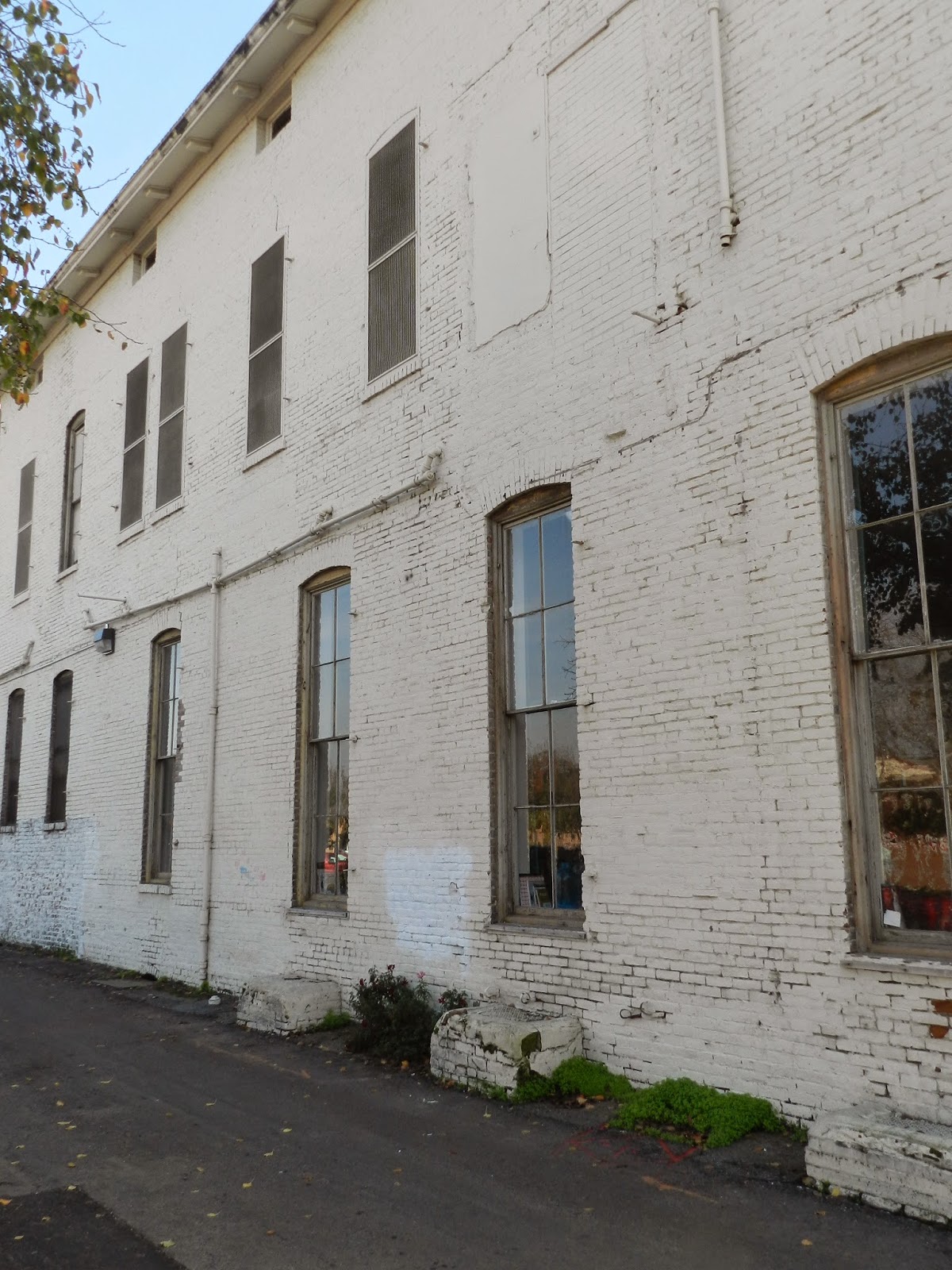 Congratulations go out to Russ Dahler for being the first to identify last month's mystery spot as one of the north side windows of the Palace Hotel building (Main and Courts streets) looking into the Lunch Box restaurant. Good eye Russ. You really know your downtown.

Now for the next mystery spot.  Here are the clues:


1) There are 11 of these brick recessed rectangular spaces in this building and each is about 1foot by 6 feet.


3) The building has an early connection to automobiles.


4) At one time the building was part of Monkey Wards.


Where is this building? Good luck. 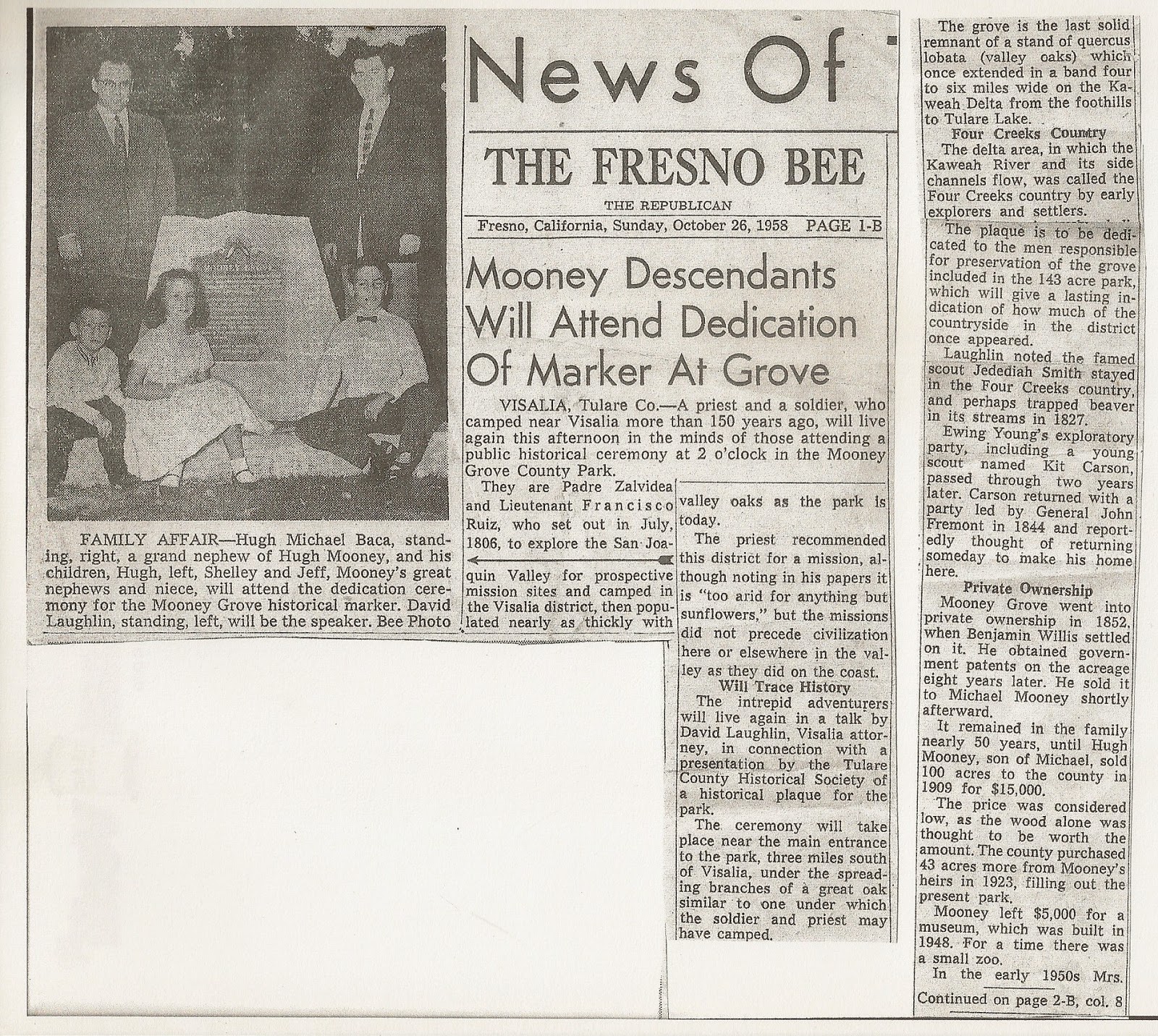 
Hugh Baca, part of the Visalia Mooney family, shared this article from the Fresno Bee. In it some of the Mooney descendents are shown by a plaque placed in Mooney Grove on October 26, 1958. The granite/bronze marker stood near the Mooney Grove Park entrance

until 2006 when the Hugh Mooney statue was placed on the site. At that time, the bronze marker was removed from the granite rock and remounted on the new base of the Mooney statue. The park was officially designated a park in 1909 when the county purchased the land from the Mooney family. But the land was being used as picnic grounds for at least 20 years before that. The Mooney family was very generous with their land allowing people to use it regularly. Thanks, Hugh, for sharing this clipping.


Peter Neeley is working on a couple of mysteries. One involves a Visalia teacher named Vera Jones who after marriage became Vera Dice. In about 1909, Vera, shown here on the far left in this 1909 Visalia postmarked class picture, taught school in Visalia. Anyone have any history on Vera? The second mystery involves this school itself. Does anyone

recognize it? Apparently it was near Visalia. There is no indication as to its name, so help identifying it would be nice. (Also shown here is a close up of Vera.) It is interesting to me that these small schools were made up of young and older students. The older students played an important part in teaching the young ones. The older students benefited from their teaching role as well. Thanks for sharing, Peter. Let's see if anyone can help.

Biggest Milk Bottle in the World


It was called the "greatest milk bottle in the world." It stood 21 ½ ' high with a diameter at the base of about 8'. It weighed a ton, literally. When it was placed at the Hyde 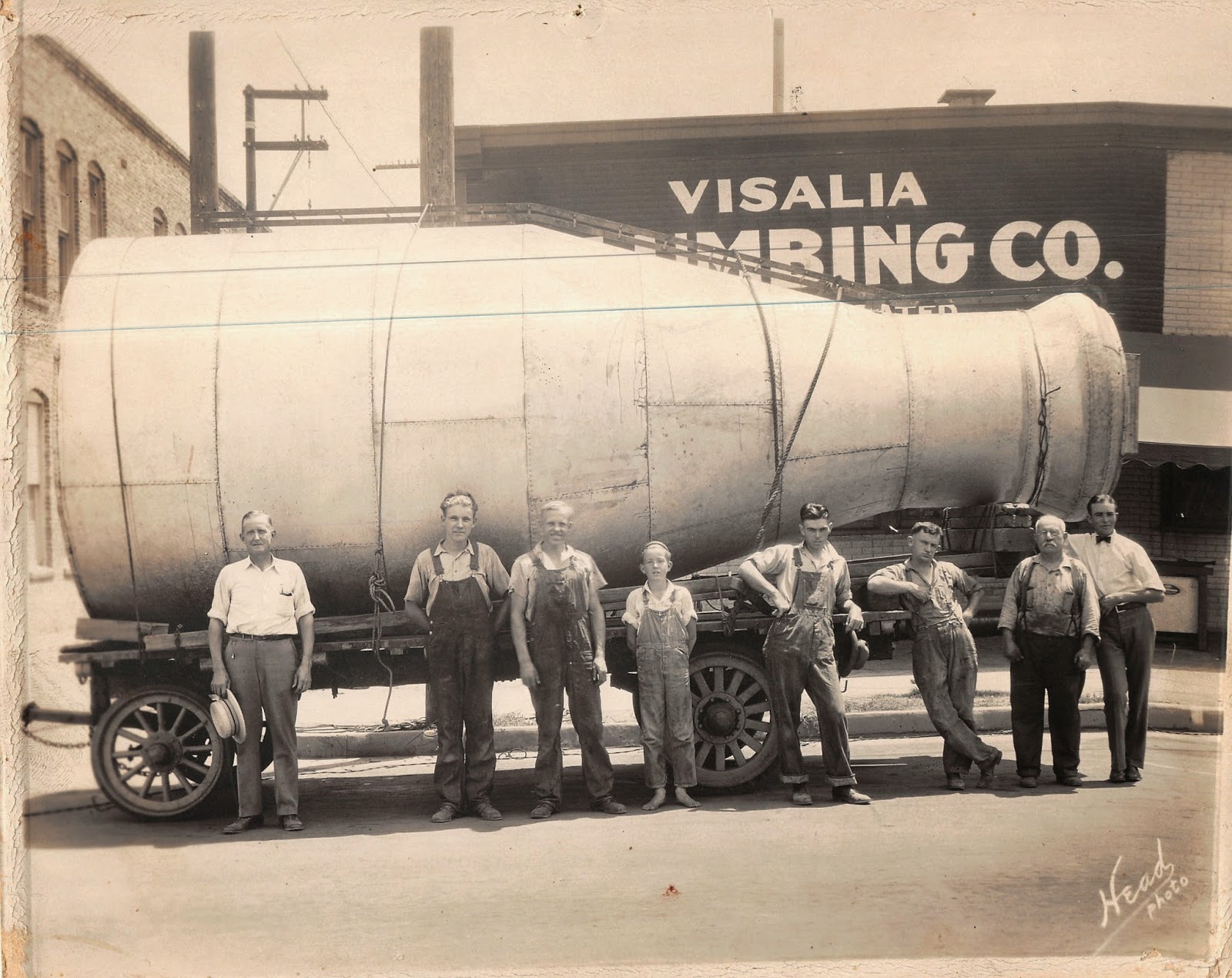 Ranch Dairy, it was mounted on a 44' high tower and it was used as a long-time advertisement for the dairy which was located about where K-Mart is today. The giant bottle was a well-known landmark and a helpful point of reference for Sequoia Field airplane pilot cadets circling the area.  The bottle was made in 1926 by Isaac Clark (far left) owner of Visalia Plumbing Co. Thanks to Christine Walker Clark who shared this family photograph. Anyone know what happened to this bottle?

Secret Numbers on the Wall


Kathy Looper recently alerted me to a remodeling project going on downtown. It was at the former Mike's Camera location on the south side of Main Street just east of Court St. James Jessen, the owner of 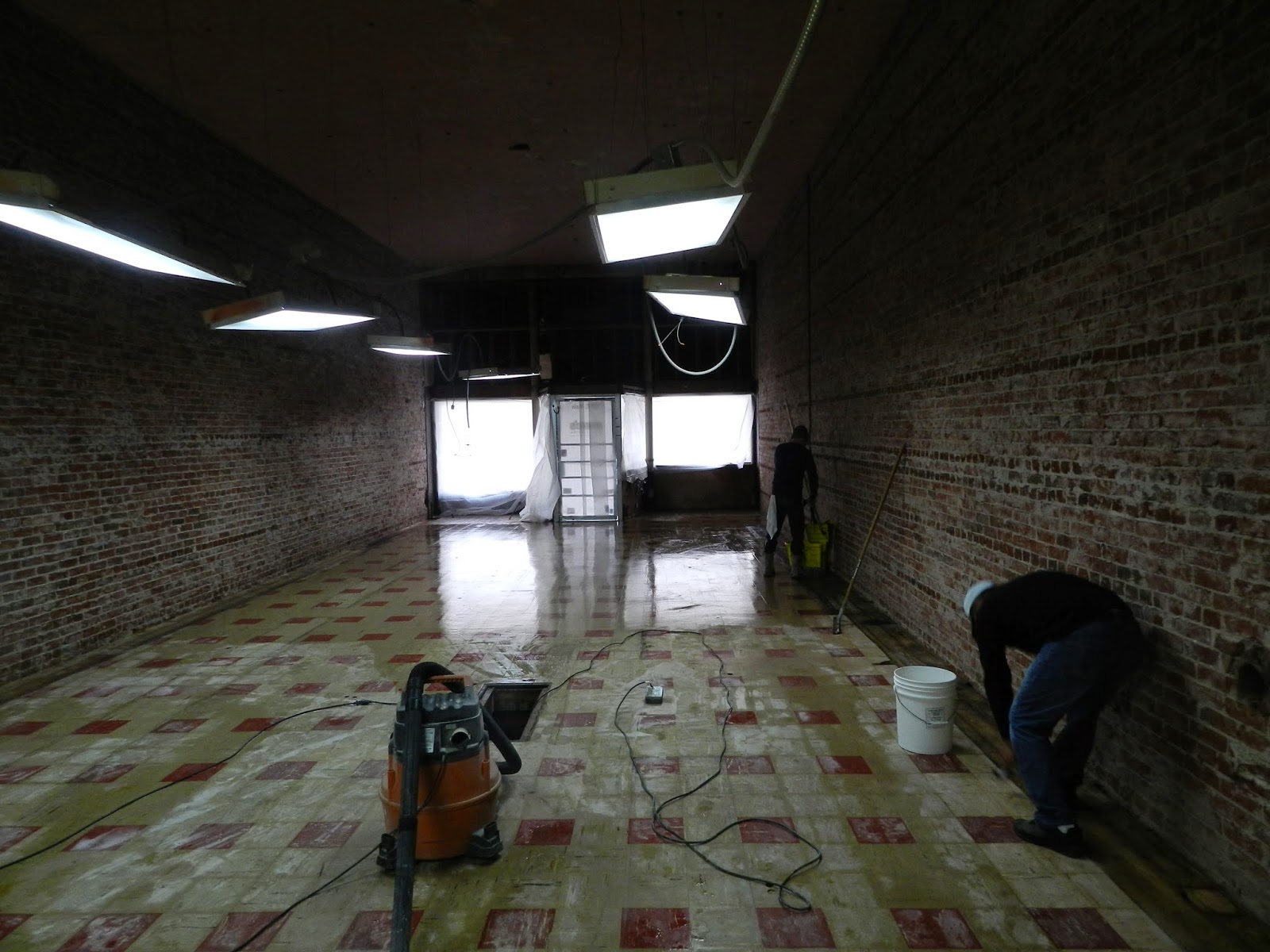 Tazzaria and the man remodeling the building, invited me to come by for a look. The space is very historical and is part of the Jasper Harrell Building which for many years was the site of the Ernest L. Smith Drugstore and Smith Bros. Jewelry. James took me down into the basement and there he pointed out some numerical records that he found written on a

wall dating from the early 1900s. Why are these apparent financial records written on the wall? Anyone have a clue? By the way, James will be opening his upscale "hamburger joint" (his words) in the old drugstore. With all his work pending, it is obvious James will be establishing a showcase business. I for one am anxious to see what he does with this historical location and will local history play a part?  Thanks Kathy and James for your hospitality.


This is old news for serious genealogists and veteran historical researchers, but there are plenty of folks that are just starting out and can benefit from this information. Directories are books that are basically old telephone books, but they are much more. Yes, they are an alphabetical list of residents with occupations and addresses, and they also give spouses first names. The directories are often called "reverse directories" because in addition to an alphabetical listing of names, they give a listing of streets and identify occupants based on their numerical address on the street. So if you know that someone lived on a certain street in a certain year, but you have forgotten their name, you can search the addresses on the street and refresh your memory on the forgotten name. In later years directories provided a listing of telephone numbers, so if you just have a phone number, you could find out who had that number. Classified ads and types of business listings are included as well. Directories are a very helpful tool in research and they can also provide further investigative leads for a more indepth search. The first directory book for Tulare County is 1888. The History Room at the Tulare County Library has almost a complete set of these directories, so stop by and take a look. Volunteers can help you get started. Guaranteed, you'll have fun with these.

***Well, Judie Fleming helped solve the mystery of the Main Street clock. In Anne Bonacich's obituary, it was reported that Anne's husband and his brother bought the clock for their jewelry store. Thanks for your help on this, Judie.

Doctors state that Visalia is in a good sanitary condition, and that there is very little sickness prevailing in the city, except in the southern portion, where a stinking slough breeds malaria. Visalia Weekly Delta, October 22, 1891
Posted at 8:06 PM No comments:
Email ThisBlogThis!Share to TwitterShare to FacebookShare to Pinterest
Newer Posts Older Posts Home
Subscribe to: Posts (Atom)