Click on photo for a larger image
Thanks for visiting Historic Happenings! If you are not on the email list, and would like to be notified via email when a new posting of this newsletter is made, please email Terry Ommen at histerry@comcast.net. I will add you to the list. I will never share your email address with anyone without your permission.

Congratulations go out to Wendy Kenison who was the first to correctly identify the last mystery spot. Nice work, Wendy. By the way it was the building where Grandma's Attic Antiques & Collectibles is on E. Main,  just west of the PPAV Hall.

Where is this building? Good luck!

would have thought there was such a thing? One of the photographs shows one of the cars and another shows Dr. Rey holding one in his hand. The sign seen in the first photograph says "Model Midget Racing

Club of Tulare County, Mooney Grove Speedway." Tom's father is identified as “track manager”. Thanks, Tom, for sharing these great old photos. What other surprises does the old park hold? 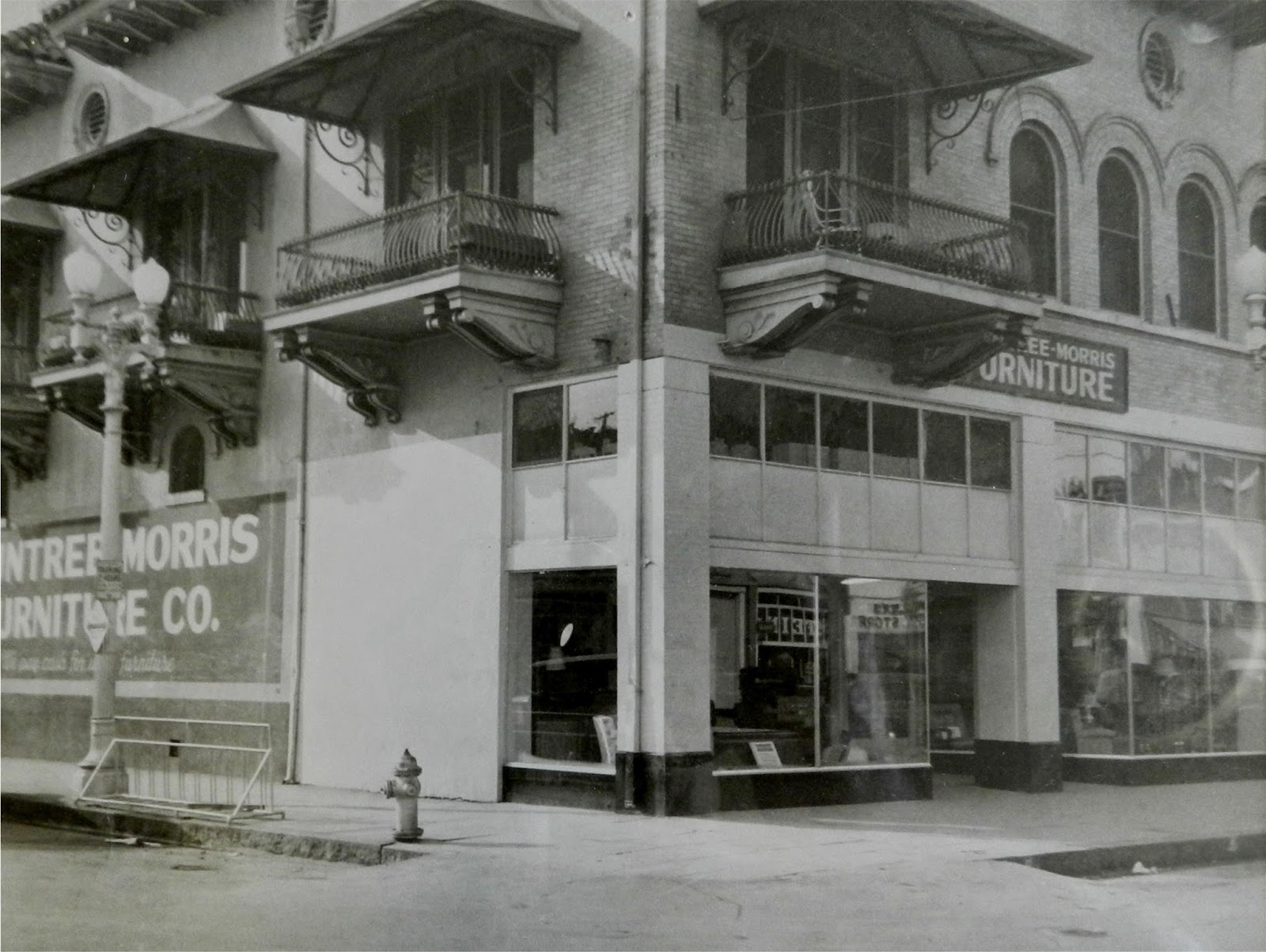 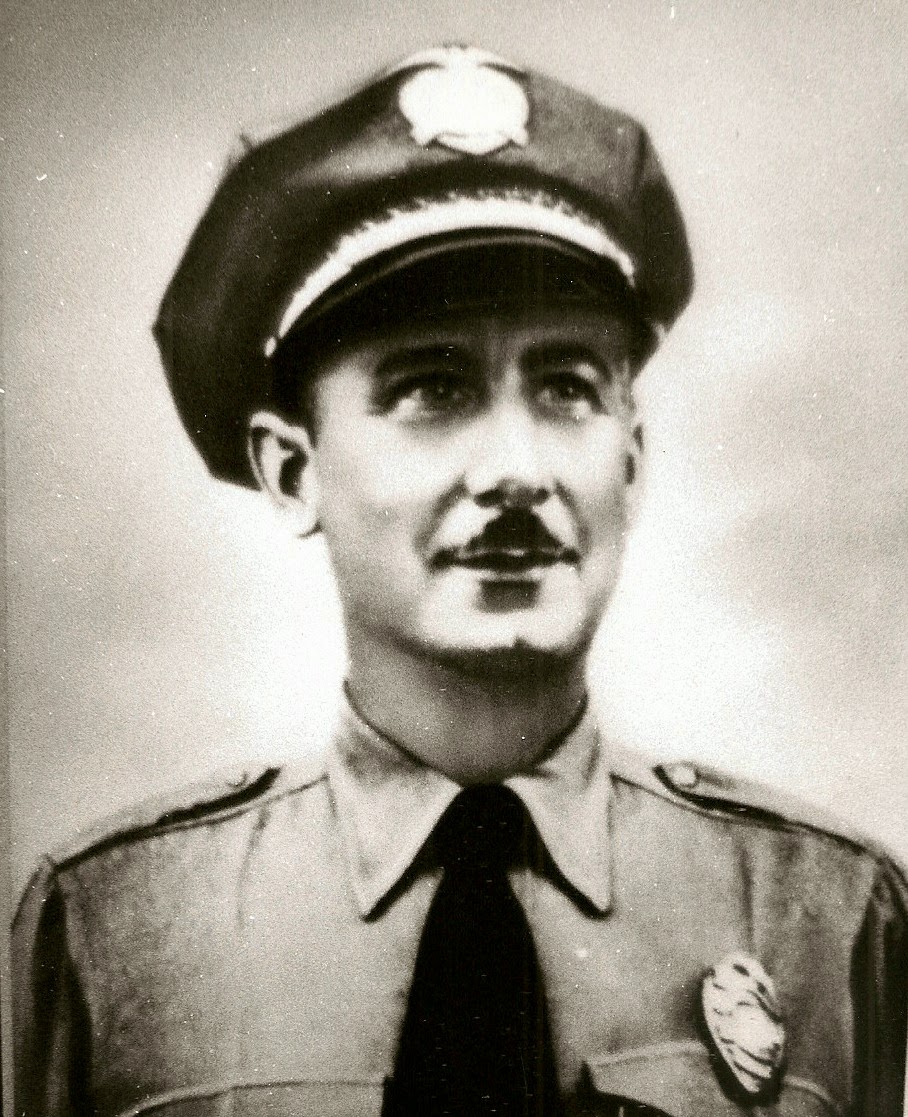 Main) isn't very special, but it was in the alley behind this building that Sergeant Charles Hugh Garrison was shot and killed in a shootout with a stolen vehicle suspect. He was Visalia's first police officer killed in the line of duty. It occurred on December 5, 1946.Thanks to the Depot restaurant for sharing this hard-to-find photograph.

Lone Oak Park—Smallest Park in the U.S.
In 1913 as the town was moving  west, Visalia encountered a large oak tree standing  right in the middle of what was going to be the extension of Main Street at Giddings. Rather than cut the tree down, the city built Main Street around it, surrounded the tree with curbing, and as a result created Lone Oak Park, the smallest park in the country. For many years this single oak tree park was praised for its beauty, but others saw it as a traffic safety hazard. Caution signs, reflectors and lights were mounted on it, but still autos crashed into it. The 1930s brought extra scrutiny to the old tree and discussion began to intensify about the future of  it. This photo dated December 7, 1934 shows 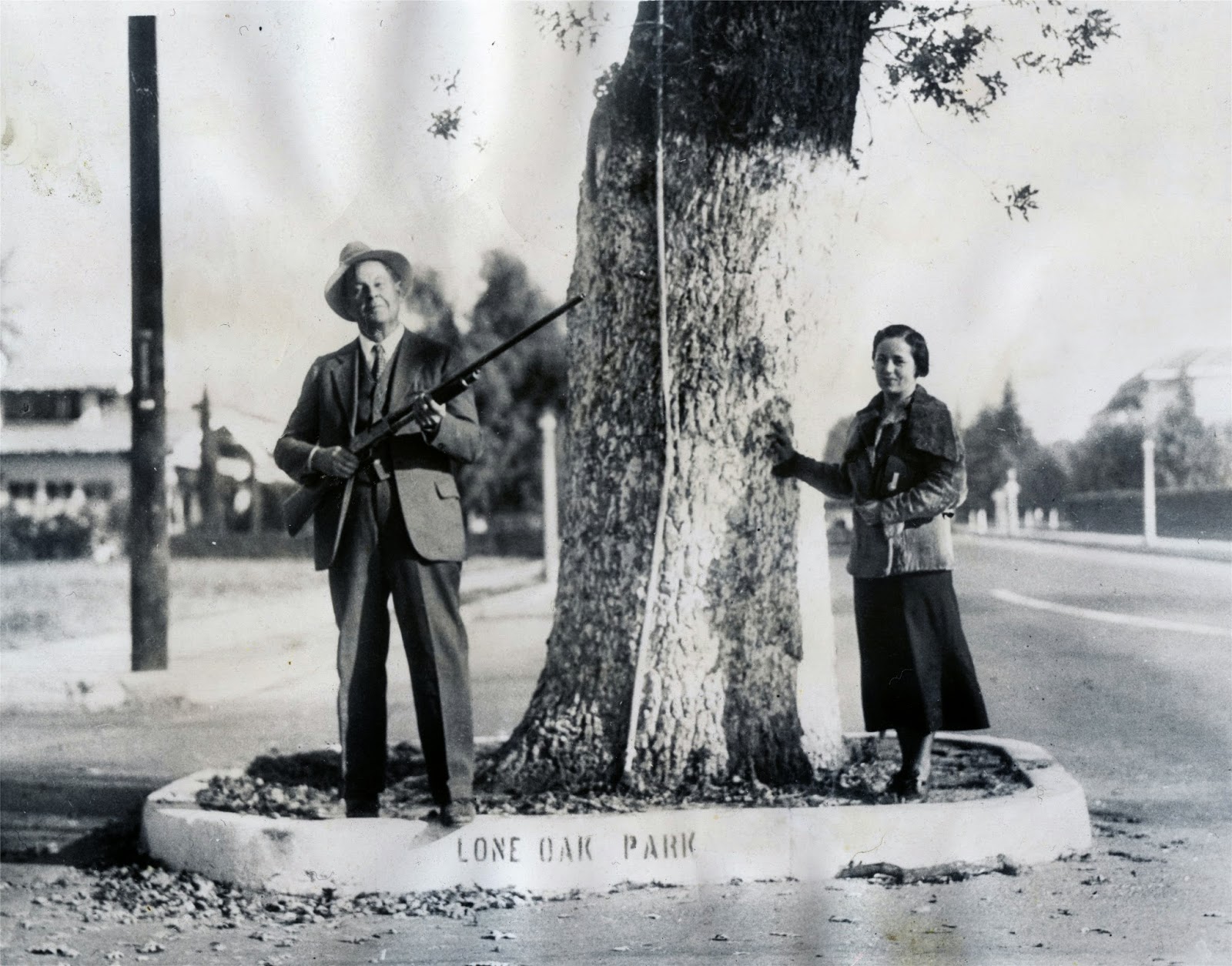 how intense the discussion became about the removal of the tree. It shows Visalia Councilman Rufus Connelly and Miss Marguerite Dunaway, a member of the Business and Professional women's Club". Both are shown guarding the tree to keep it from being cut down.   Their efforts bought some time for the big oak tree, but in September 1936, removal pressure became too strong and the city removed the tree. The smallest park in the U.S. was no more. Sure looks like a Bonnie & Clyde pose to me! Thanks Bruce Geiger for sharing this great old photograph.

Occasionally when talking about historic Visalia, the name of a business called Navy Gas comes up. Photos of this early gas station are rare, but recently Tom Stroben shared this one, probably taken by his father Albert during the 1945 Visalia flood. Navy Gas was on the north side of the roadway at 901 E. Main Street. Charles "Chuck" Ehrhorn, a Stanford University graduate, owned the station for many years. The view of this photo is looking westbound on Main Street from about Burke. Thanks Tom for sharing your dad's great old photo.

George Reece—A Career Lawman
On May 5, 2014, George Reece came back to his hometown of Visalia from his home in northern California. At least part of his reason for returning was to allow me to interview him. For several hours we talked and toured Visalia and this nearly 90-year old man had some amazing stories about early Visalia. George was a juvenile officer here early in his career and later he became a liquor control officer for the state of California. George retired from the 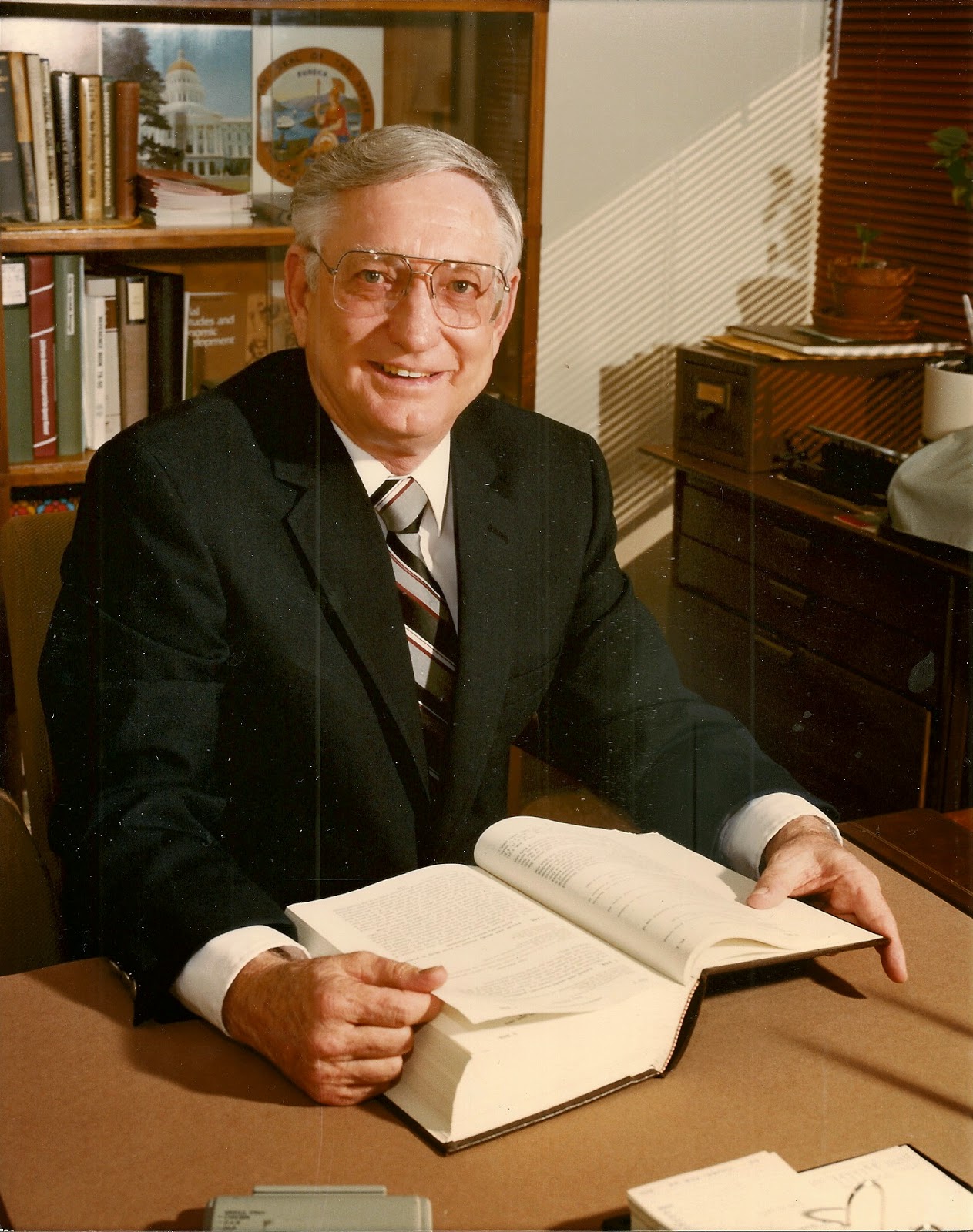 Alcoholic Beverage Control  as Deputy Director . His insight into law enforcement in early Visalia, was so interesting  and I learned a lot. By the way, as a young man, George lived in the Harrell Building at the southeast corner of Main and Court Streets, and remembers the Wunder Bar just to the east. He shared a token from this old Visalia "watering hole." Thanks, George for spending time with me and giving me a wonderful education.

End of the Trail and Pioneer—Duct Tape and Bailing Wire
For many decades the End of the Trail and the Pioneer statues stood at Mooney Grove Park giving so many people so many memories. As a result, lots of photographs of these statues are available. Both statues were on exhibit at the Pan-Pacific Expo in 1915 in San Francisco. They were made out of plaster of Paris like material and were never intended to be permanent. As the years went by, chunks fell off and

they started to show their age. Brown paint was used to attempt to bond the statue together and to keep it from deteriorating any further. The first photograph shows a close-up of the bonding material used. The Pioneer eventually collapsed in a pile of rubble and was  destroyed, but the End of the Trail was given to the Cowboy Hall of Fame in Oklahoma City and it is now back to its original bright white color on display. These photos were probably taken by Tom Stroben's father Albert. Thanks, Tom for sharing.

***George Reece passed along that he believes the magic shop referred to in the previous Historic Happenings was in fact Ricardo's and named after the son of attorney Joe Lopes. Hope that helps Floyd.

***If you would like to know more about the Security Title business conducted in its beautiful old building that is still standing, read the Lifestyle magazine April issue and the story begins on page 18 or you can go online to: http://issuu.com/lifestylemagazine/docs/lifestyle_apr14_web

***Watch for the dedication and historic recognition of the famous Spalding House. The dedication is tentatively scheduled for later this month or early in June. Announcements with the detail should appear in the Visalia Times Delta in the next couple of weeks or so. Hope to see you there.

Good Whiskey—Persons desiring pure whiskey can find it at F. W. Blake's. We were the recipient of some of it, the other day and have been using it under the doctor's orders of course, and is the best we have met with in Visalia. Tulare Times (Visalia) October 2, 1869
Posted at 11:06 PM 1 comment:
Email ThisBlogThis!Share to TwitterShare to FacebookShare to Pinterest
Newer Posts Older Posts Home
Subscribe to: Posts (Atom)