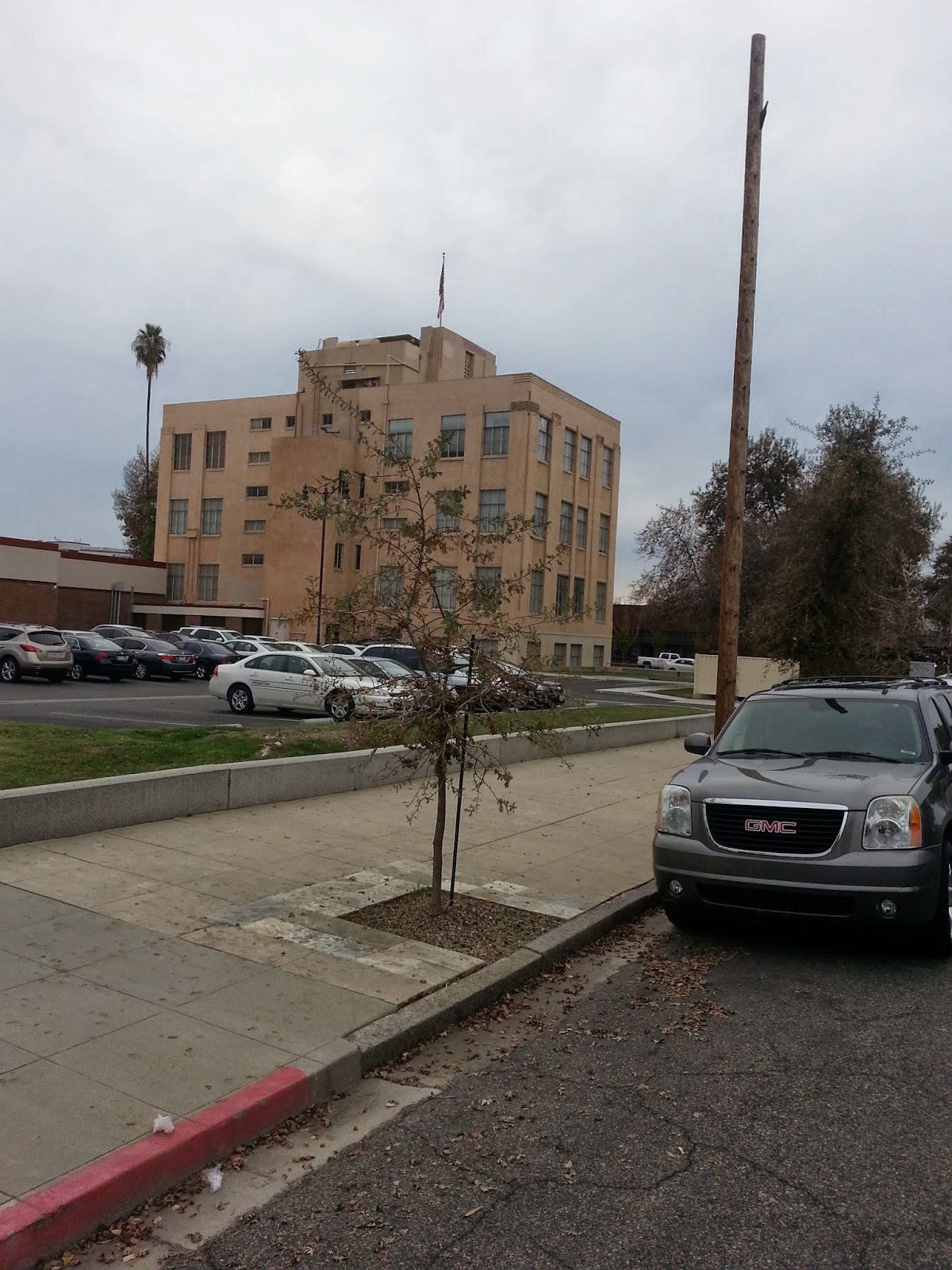 Well I am amazed! Quite a few of you were able to identify the last mystery spot correctly, but Virginia Strawser was the first. Nice work, Virginia! By the way, the abandoned wooden pole mounted in the sidewalk is on the south side of Oak Street between Court and Church. I am sure this pole with nothing attached to it served a purpose at one time, but I'd sure like to know.

Okay, now for the next mystery spot. What or where is this building?  Here are your clues:
1) The wavy glass in this window could be 138 years old.
2) The window appears to have had a swinging shutter on it, based on the iron hinge pieces still mounted into the structure next to the window.
3) The building that holds this window could be the oldest commercial building still in use in the southern San Joaquin Valley.
4) The building is considered one of Visalia's Centennial buildings.


Where is this building? Good luck 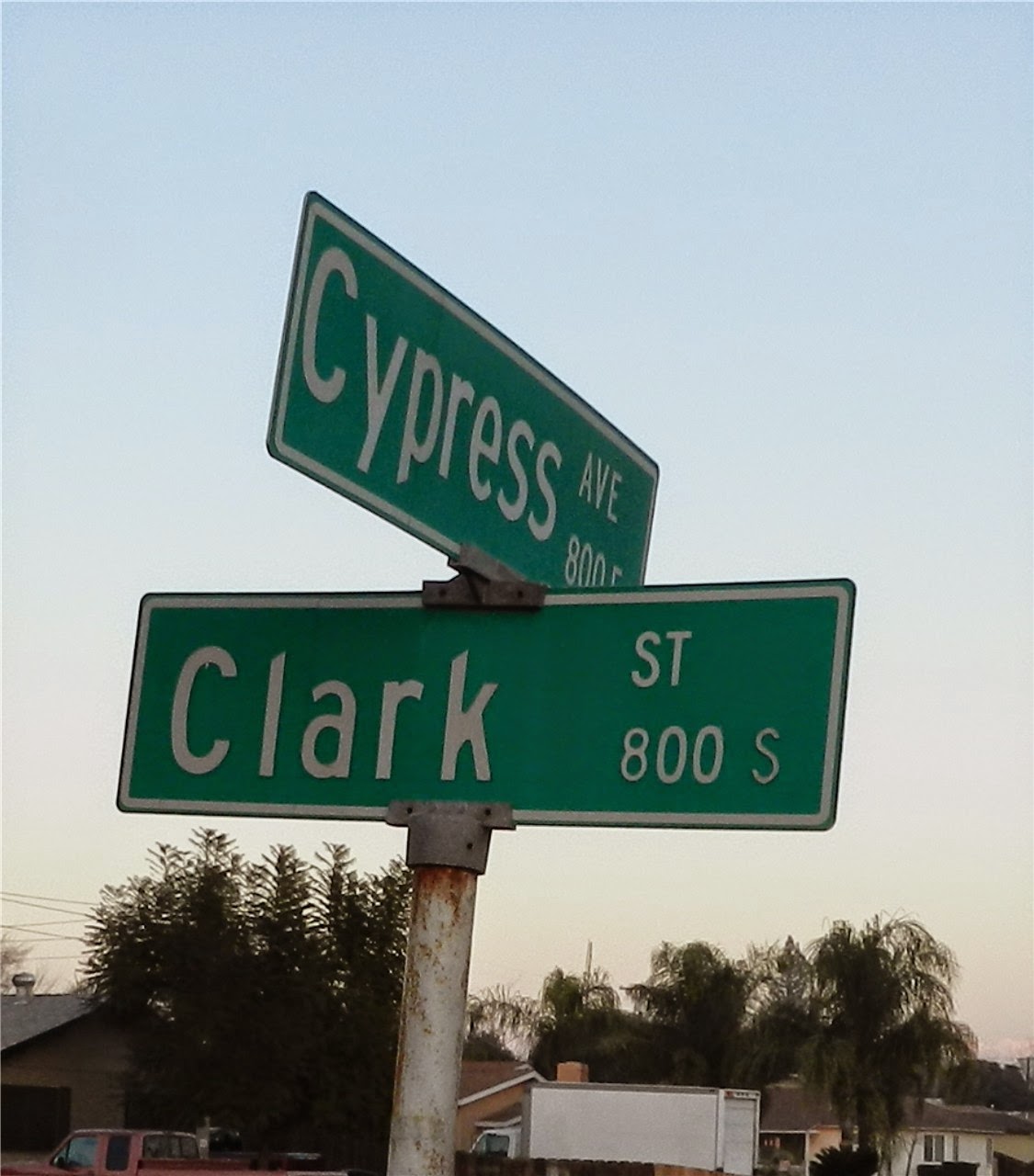 John Clark, great grandson of Isaac Clark, shared that Clark Street was named for Isaac. The senior Clark came to Visalia and opened Visalia Plumbing Co. in the early 1900s. In addition to being a businessman, Isaac served on the Visalia City Council and was mayor from 1919 to 1923. As a result we have Clark Street in his honor.


For many years this photograph showing two young Visalia ladies standing in 1945 flood waters has attracted attention, but up until now, the ladies have been unidentified. This photo was one of the pictures recently shown at the 210 Café flood presentation and Fresno TV Channel 24 (KSEE) covered the story. KSEE aired this photo on their news coverage and Becky Clark saw it and recognized her mother-in-law as one of the two young ladies. She snapped a picture of the photo from the tv screen 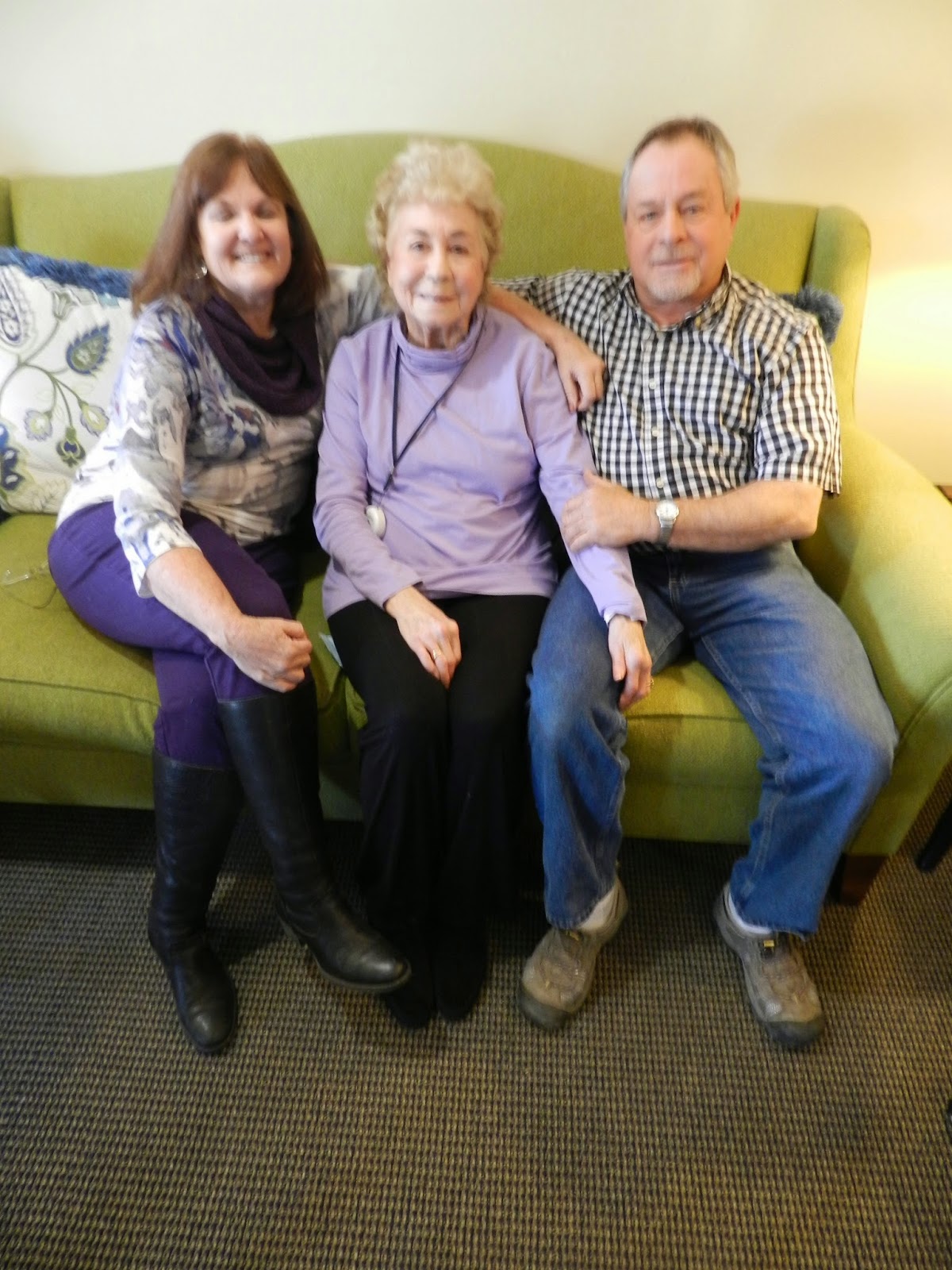 and showed it to her mother-in-law who confirmed that in fact it was her. So thanks to Becky, we can now confirm that the young 17 year old lady on the right is Christine “Chris” (Walker) Clark and to the left is 17 year old Charlene Willaman (unsure of last name spelling.)  Chris, now 86 does not remember this flood photograph but remembers Charlene as her good friend.  She is working hard to try and find her high school friend who she believes might be living in Southern California.  I apologize for the rather unclear photograph I took of Chris and her son John and daughter in law Becky. I am embarrassed to say that the 1945 flood picture is clearer than this one I took in 2015.  Thanks Becky for your keen eye and thanks also to KSEE for being instrumental in solving this mystery.

Griggs Medicine Bottle Discovered
Richard Drath recently uncovered in his garage this A. Griggs Apothecaries bottle. This clear glass bottle is in beautiful condition and stands about 6" high. Embossed on it are the words: A. Griggs & Co. (with the company logo) Apothecaries, Visalia, Cal. Griggs owned his Visalia drug store between 1886 and 1894 in the Holt

Block (north side of Main Street between Court and Locust.) The ad shown here for his drugstore was published in the February 7, 1889 Tulare County Times newspaper. Thanks for sharing this great piece of Visalia history, Richard. By the way, a Griggs connected story unconnected to this bottle has circulated. In 1886 the Griggs family nearly lost their 4-year old son Stewart. The young boy fell into a fast moving Mill Creek near Center and Court, but fortunately was rescued by a passerby who saw the drenched youngster hanging on for dear life to weeds growing in the channel.

Visalia Municipal Hospital – A Product of the Great Depression
During the Great Depression the federal government was looking for public works projects that could put people to work. Visalia applied for several, one of which was the Visalia Municipal Hospital. In February 1936, Visalia received formal approval for funding the hospital and construction began shortly thereafter. It was designed by Fresno architect Ernest J. Kump and built by R. W. Brown Construction Co. of Madera. The building was made up of 4 wings with a rotunda in the center. The one-story brick and re-enforced concrete building (located about where Kaweah Delta Hospital stands today) had 32 beds. The construction cost was $55,000 and Visalia contributed about $29,000 of the total. In 1962 a new hospital was approved and Kaweah Delta replaced the depression era structure.

Home Builders Bring "The Monterey" to Visalia
In 1919 a group of civic-minded Visalians created Visalia Home Builders (VHB), an organization formed to assist buyers acquire and finance homes. Visalia was experiencing a housing shortage at the time and the VHB opened up tracts of land on which home buyers could build. The first tract of land they opened was in 1920 - an area bounded by Watson, Conyer, Noble and what is now the Mt. Whitney High School campus on the south. This subdivision

was called Tract #1and is now a designated historic district. In 1936 Tract #2 was finally started, delayed by the effects of the depression years. This tract of land generally was bounded by Giddings, Mineral King, Divisadero and Sierra Drive. On February 25, 1936, the VHB opened up their model (The Monterey) in Tract #2 located on the northwest corner of Burrel and Dollner. It was a 3-bedroom 1- bath home and the open house attracted over 300 people the first day to tour the state-of-the-art home. "The Monterey" continues to stand today and is in the care of its owners Darwin and Stephanie Greenfield, who have owned the home for the last 15 years or so.

C. T. Kathe – Long Time Visalia Jeweler
In about 1904 Carl T. Kathe came to Visalia and for the next 32 years he was one of the town's respected jewelers. The Missouri native married Lora Parker of Visalia in 1909 and within a few years (probably about 1913) they built their dream home on the northwest corner of Oak and Encina.  The home still stands today, although it has been remodeled a number of times. Over the years, Kathe's jewelry business was  in a couple of locations on Main

Street and one on Court Street.  As a side note, the man from Missouri is probably responsible for the placement of the antique sidewalk clock now in front of Main Street Coin Co. at 204 W Main.  I’d sure like to know more about this landmark clock as it is very iconic. Kathe died at the Visalia Municipal Hospital in 1936, the same year that brothers Charles and Bruno Bonocich bought Kathe's jewelry stores. They renamed the business Bon Brothers Jewelers and it too remained in the downtown business district for many years. The beautiful Kathe home is about 100 years old and still has much of its original charm.

***As I mentioned in an earlier HH post, I was looking for the obituary for David Bice James. Thanks to Marian Shippey Cote, I now have it. If you would like a copy, please let me know. I'd be happy to share.

***Several of you helped to identify the Sunset Apartments that are still standing today. They are occupied and looking good on the north side of W. Main Street,  just east of Hall. Thanks to all of you for your help on this one.

Street fakirs came in for their just share of opprobrium. During the last few weeks the people of Visalia have been contributing to the support of one of these itinerant peddlers to the tune of $50 to $75 per day, while the city did not derive as much benefit from the itinerant in license fees as she does from the regular merchants. The goods sold by these street venders were declared to be the cheapest of the cheap, and all who purchased them will learn so to their chagrin. Steps may be taken to induce the city trustees to pass an ordinance requiring a license from such fakirs that would be prohibitive.  Visalia Daily Times, January 7, 1913.
Posted at 7:38 PM No comments:
Email ThisBlogThis!Share to TwitterShare to FacebookShare to Pinterest
Newer Posts Older Posts Home
Subscribe to: Posts (Atom)