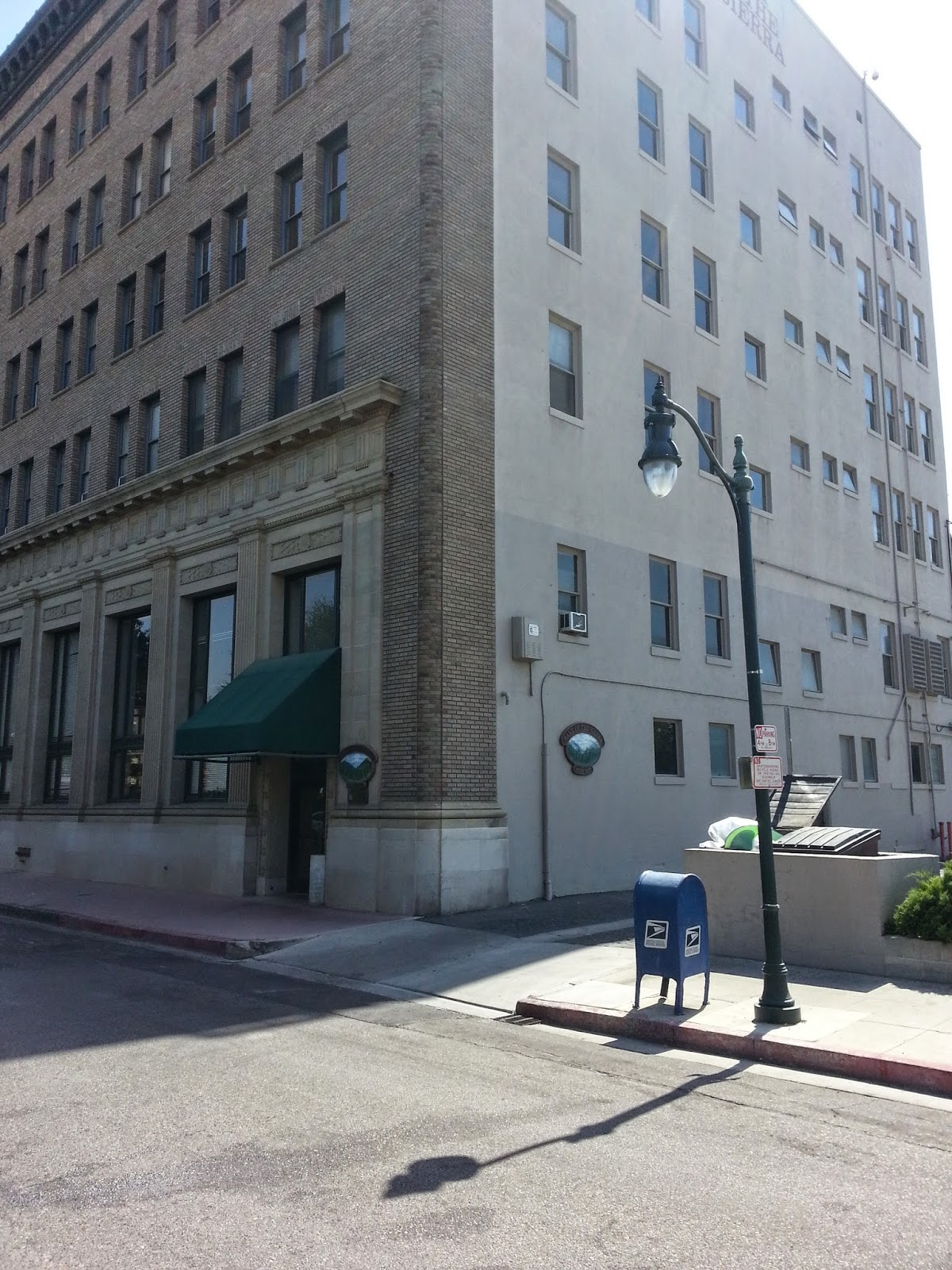 Nice work Brent! Yes, Brent Nunes was the first to correctly identify the last mystery spot. It was the nice old Bank of Italy (Bank of America) building at the corner of Church and Main streets.

Now for the next one.  Where is this feature and what is it? Here are the clues:


Free Camping in the City
During the 1920s and later, some communities opened up their towns to campers. These sites were generally called auto camps and oftentimes the camps piped in water and added other improvements. These free camps offered travelers convenience and hospitality and were set up many times to encourage people to come back and relocate in the town. It was in a way  a marketing strategy. Visalia had one and it was called the Visalia Municipal Auto Camp and it was Bridge and Willow where the Convention Center/City Hall East complex is today. It was a popular camping spot for those passing through to visit Sequoia Park. In 1922, for example, 2,806 people stayed there as they traveled through town. The auto park closed as a free camping location in 1926. Notice in the photo, thru the trees, you can see a portion of the front of the Visalia Municipal Auditorium.

Another End of the Trail
Dallas Pattee shared this photograph she recently found on one of her many historical forays. At first glance, it looks like the famous Mooney Grove Park statue sculpted by James Earle Fraser. But a closer look quickly tells you it's clearly not that. This one is actually a carved redwood "knock off" of the original End of the Trail. This one stood at the entrance to a place called Trees of Mystery which is on the Redwood Highway (Highway 101) about 36 miles from the Oregon border. This replica just points out how popular the End of the Trail statue really is and was. I can only imagine how many versions of this famous statue there are in the world.

"Pappy" and His Harley 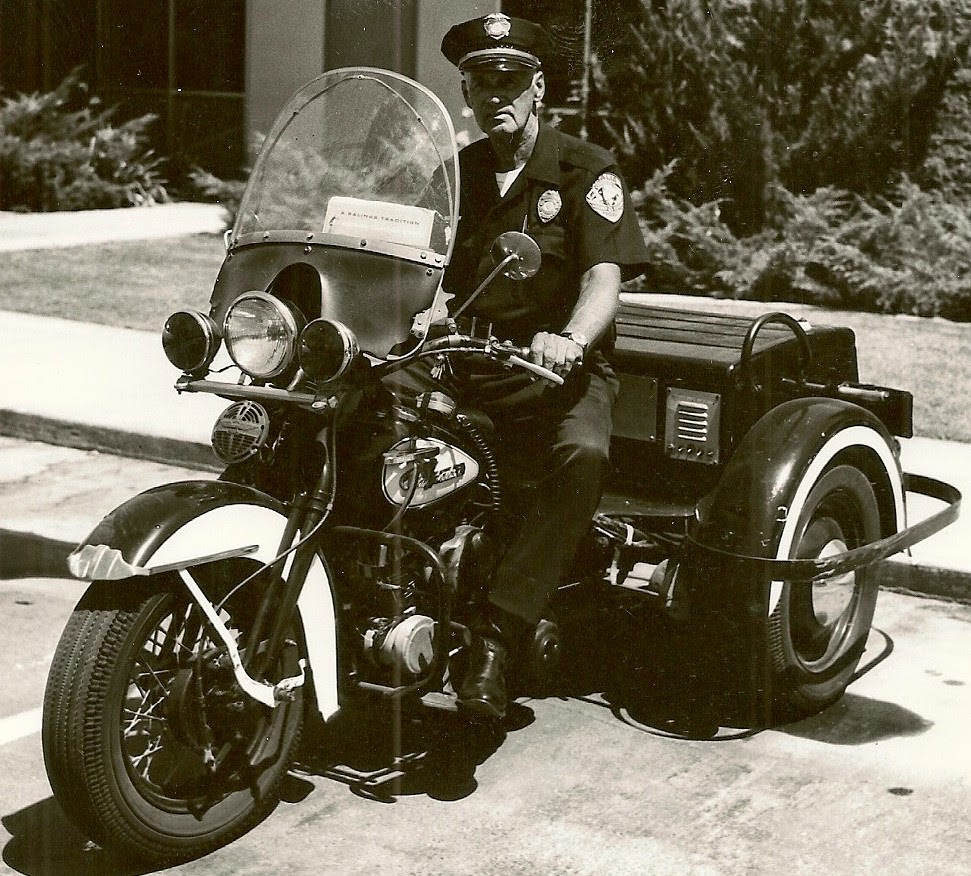 Over the months several of you mentioned Floyd Depew, one of Visalia's veteran police officers, now deceased. A number of you also mentioned his famous Harley Davidson motorcycle. Floyd Depew began his law enforcement career in the 1930s and as he approached his twilight years with Visalia PD, he took over parking enforcement duties downtown and used this 3-wheel
Harley Davidson. Floyd became a fixture downtown and many people remember him. The 3-wheel motorcycle he used was given to him when he retired in 1974. After he passed away, the family donated the motorcycle back to Visalia PD. "Pappy," as he was affectionately called, was an important, almost legendary, figure in the community for many years. There are so many Depew stories but I’d love to hear more. 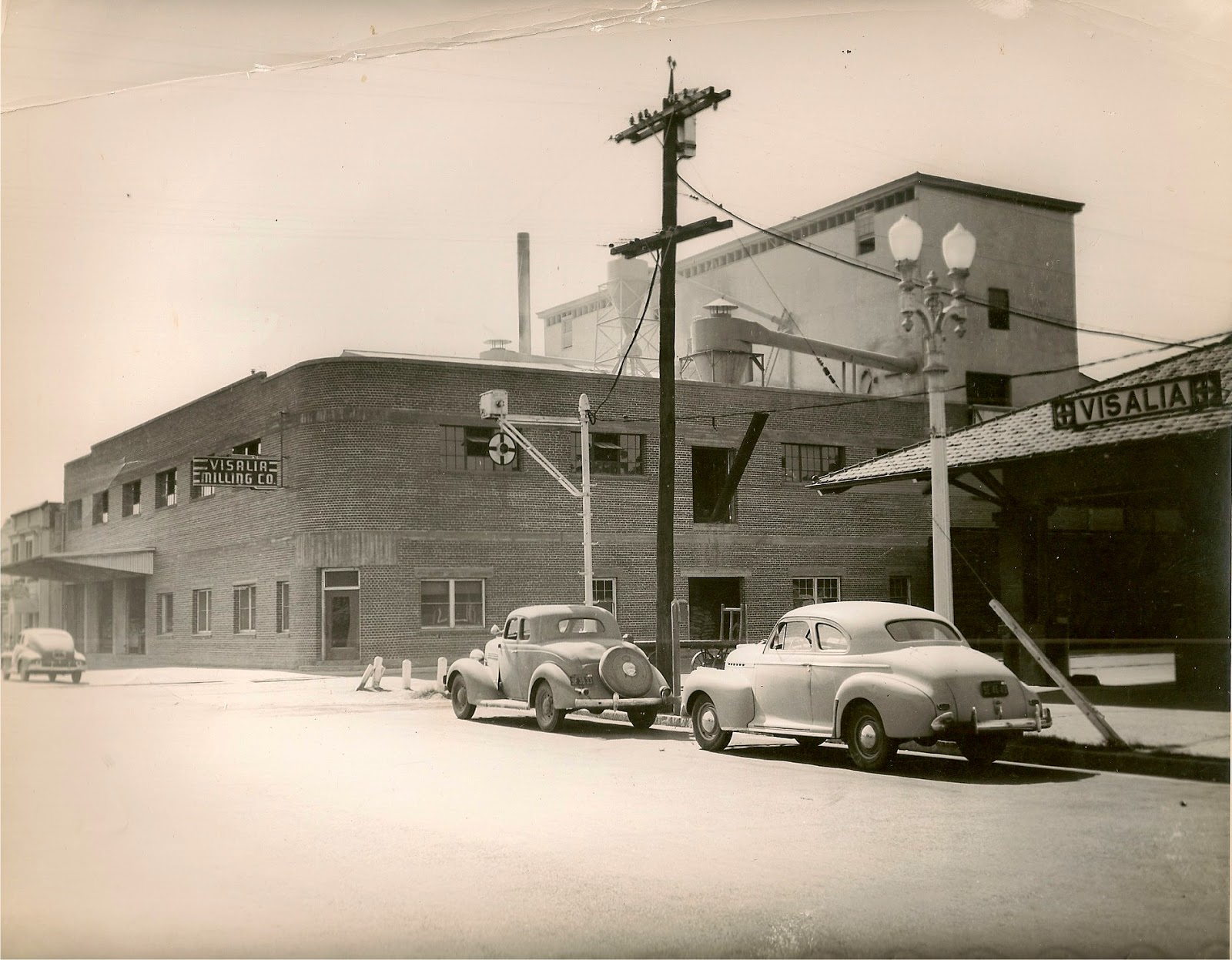 The Mills of Visalia
Visalia's downtown skyline sure has changed over the years. On the southeast corner of Santa Fe and Main streets, now a medical office, stood a feed or grain mill. In fact, the location had been a mill site since the beginning of the town. Obviously, the many mills that stood there took  on different forms over the years and here you see two of them. The first shows Visalia Milling Co. in 1944. Notice on the far 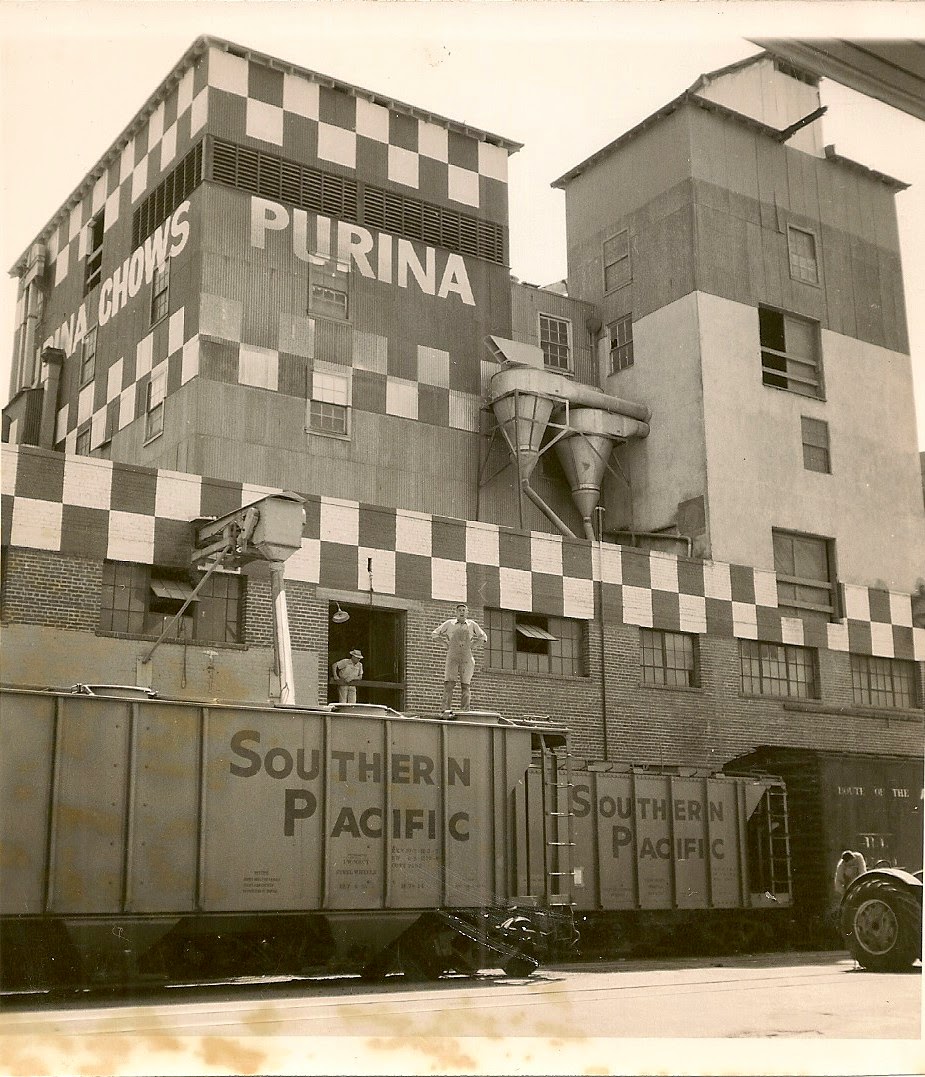 right of the photograph is the Santa Fe Railroad Depot. The other photo is from the 1950s and shows the site when it was owned by Ralston Purina. Notice the rail cars being loaded. Ralston remained until it burned and many people still remember the famous Purina fire. It changed the skyline forever.

***In the last HH I asked for confirmation of a photo of what I believe to be Charlie Hammer sitting at his desk. More than a dozen of you confirmed that in fact it was Charlie in the photograph. Thanks to all of you for taking the time.


***If you'd like to read about the smallest park in the world located right here in Visalia, pick up a copy of the Lifestyle Magazine June 2014 issue and starting on page 18 the story begins. Photos are included. Or you can read it on line at:  http://issuu.com/lifestylemagazine/docs/lifestyle_june14_web

***Patricia Geiger is interested in a photo of the Denny's Restaurant that was near Noble and Chinowth (Carls Jr. there now). Can anyone help with the picture?

Good News for Bachelors—A short time since a family arrived in Tulare county from Texas composed of the father, mother, twenty-one daughters and one son. During the past week another family from the same state arrived and took up their abode amongst us, in which were fourteen unmarried daughters.  Visalia Delta, April 14, 1860
Posted at 10:02 AM No comments:
Email ThisBlogThis!Share to TwitterShare to FacebookShare to Pinterest
Newer Posts Older Posts Home
Subscribe to: Posts (Atom)